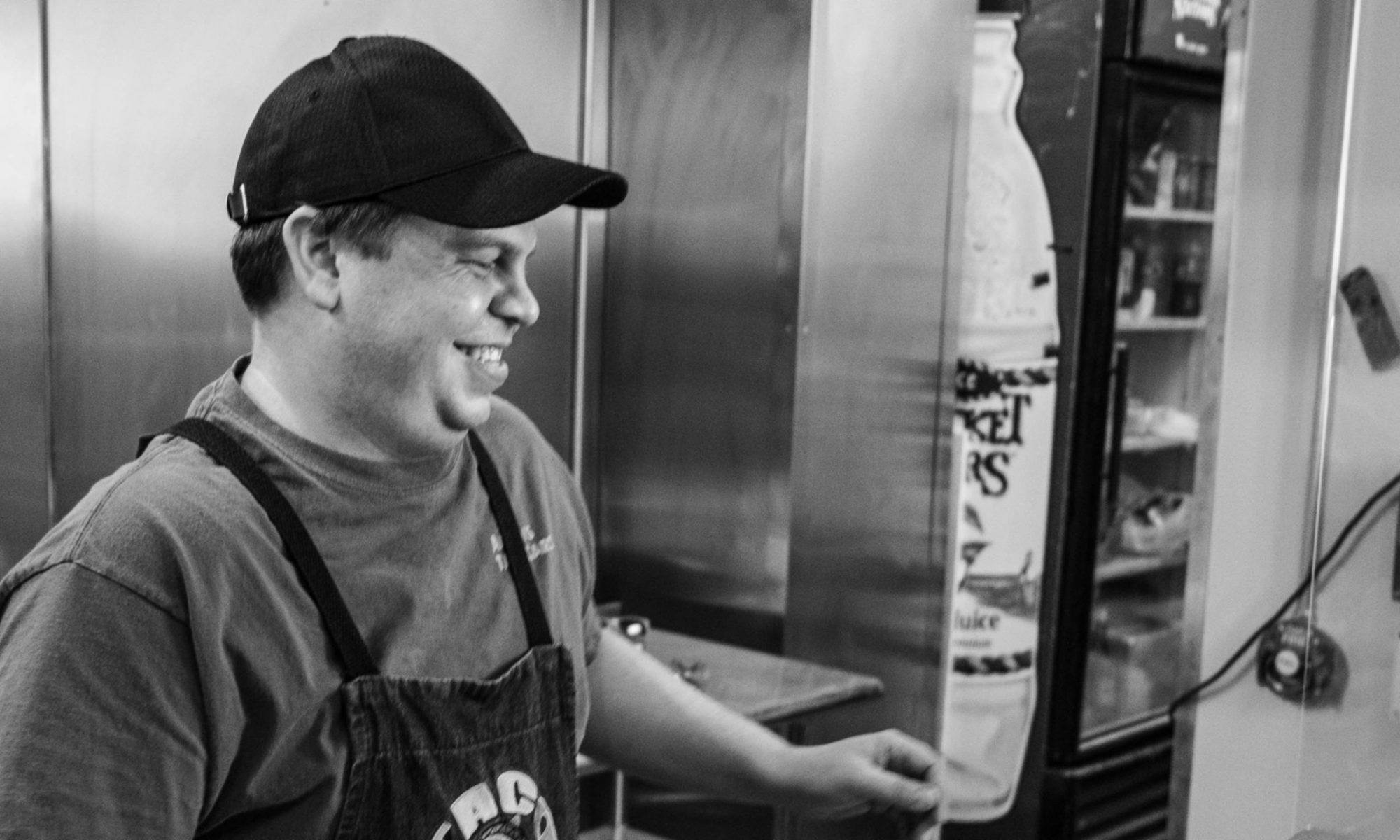 Aaron Lamb is a classically trained chef, he studied at New England Culinary Institute in Burlington Vt. Since then, he has worked in four states and eight cities, gaining knowledge and experience from all aspects of the culinary business. From corporate food manufacturing to the mom and pop pub, he grew fond of the taco carts in Southern California. This would soon become his favorite cuisine. After working twelve hours a day in a kitchen, the last thing he wanted to do was to come home and cook himself a meal. So he quickly became a regular to the local taco stands.
This is where the idea of bringing delicious, quick, and inexpensive tacos to New England came to be. After moving back to the Boston area and growing tired of the restaurant hours, he then decided to make the Taco Cart’el dream a reality!!